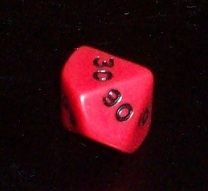 In college, we had a roommate on a work exchange program from Germany.  We got along great from the start and we were always comparing German and American culture, language and whatever else came to our minds.  This is how I learned the German saying "honest lasts longest."  One night, while trying to figure out how many idiomatic sayings did not have matching counterparts we came across what we figured was the equivalent to “honesty is the best policy.”

This weekend, when I was talking to my wife about the fact that some of the longest books I’ll be reading over the next year will be fairly easy to finish in a week given the pace I have been setting in these first four weeks, but that the same audiobook might make it easier for me, she made a terrible suggestion.

Ali is one of the most honest people I have ever known…or at least I thought she was.  Not just in terms of telling people the truth, but also because she’s brave enough to take responsibility for her actions when the response won’t be pleasant (though I don’t know what she could possibly do to atone for the following sin).  My whole world came screeching to a halt during a discussion this weekend when she suggested that if I really wanted to make sure that I didn't have any problems finishing books, I could just “say that the die picked a long book right after a short one.”

If you’re feeling absolute shock and horror, you know how offensive this suggestion was to me.  We all know it’s only the power of the die that’s holding this blog together.  I know it’s why you continue to read this blog.  The die has a mystical power over us all.

But I think we all already understand the significance of the many-sided die and its role in the Hugo Endurance Project.  If there were a sacred symbol of worship for the HEP it would be the many sided die.  If the many sided die were a gigantic structure, it would be the location of our Hajj.  Furthermore, I did allow the die to take such a prominent role in determining the fate of this project and blog in order to make things easier on myself.  I did it because it’s the right damn thing to do.  Aside from the inherent danger of tempting fate-as dictated by the many-sided die, honest lasts longest.

Email ThisBlogThis!Share to TwitterShare to FacebookShare to Pinterest
Labels: Disappointments, The Rules